A Great Deal of Pain, A Fair Amount of Blood.

I started Twin Peaks in December 2012. I watched it in deep concentrated stretches up through January, then got exhausted near the end of the second season, took a break for many months, and finally finished in mid-June 2013. I started the movie shortly thereafter, and left off somewhere in the middle due to technical difficulties. All in all, it took nearly a year for me to finish the show. I’m really glad that I did.

Twin Peaks featured arcanum and horror alongside typical soap opera plotlines, a detective story augmented by events touched-by-or-taking-place-on the astral plane, a quaint and sincere weird sense of humor that probably felt as peculiar on prime time television in 1990 as it does now in 2012, and a backward talking midget (who completely crushes it). The sets (with rare but important exceptions) and costumes are completely normal for the era. The whole thing feels like it was extracted from a time capsule containing everything else from the very-early-90s. Really, it feels like a hyper-involved episode of Are You Afraid of the Dark? for adults spread out over two seasons and nearly 25 hours or even Northern Exposure passed through a Silent Hill filter. 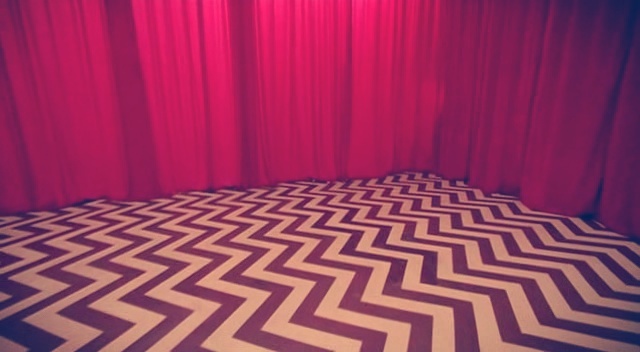 The show changes quite a bit in the second season, and these changes were maligned by critics. But with history having laid down some context describing the real-life drama surrounding the production of this second season, even these maligned episodes become interesting in their own right.

The movie, Fire Walk With Me, is an excellent return to form. It explores the supernatural multi-dimensionality of Twin Peaks and the region surrounding it. It brings the show’s original plot to a satisfying resolution.

The movie feels oddly foreign when contrasted with the television series. According to an excellent article that was published as a retrospective in honor of the film’s twentieth anniversary1. It did well in Japan, but it failed everywhere else. The lighting in the movie is moodier and the intensity is ratcheted up while some of the tropes of 1990s era television drama and soap opera are peeled away.

The fact that the movie takes place before the events of the television series magnifies the strangeness. Like some of Lynch’s best work, the plot and pace change significantly at some point in the film, and eventually the careful management of this new plot and any remaining vestiges of the original collapse into an exercise in film direction through attempting to deliver felt-presence-of-direct-experience to the audience. This trick has yet to get old for me, because David Lynch is great at it.

If we remove all of the kitschy, shitty parts of Twin Peaks the show and combine it with Fire Walk With Me the movie, we’re left with something powerful that casts a long shadow on early entries in the Silent Hill series in the Survival Horror video game genre - all are stunningly-realized depictions of complete nightmare scenarios.

In Twin Peaks, these terror-bound properties cross the television-film divide with a high level of grace and consistency. But in stripping the ‘junk food’ segments out of the show we lose a lot of its personality and emotion. In trope reduction, Twin Peaks is made timeless and more accessible, but it also becomes stark and, frankly, more boring. It becomes excellent reference material but it ceases to be television.

If we combine the TV/film Twin Peaks and leave all of the content intact, however, we end up with a fascinating composite work that demonstrates a key feature of most things that David Lynch gets credit for. It’s weird, it’s scary, it’s fun, it’s in-place, and it reaches into itself to perform Lynch’s plot mutation trick, identified above.

Here are some places where you can find the trick:

The actor that played BOB died of HIV-related complications in 1995, three years after the release of Fire Walk With Me. His role on Twin Peaks was not planned. In fact, the character was conceived completely off-the-cuff; the idea for the role was prompted by a fortunate mistake2.

This mistake resulted in an unforgettable and iconic character and perhaps the high point of the actor’s professional life.

Coming in three years after the movie, this death, though sad, cannot possibly be considered significant, eerie, or ‘oddly coincidental’, no - but it is near enough to true significance to serve as a metaphor for what the end of the series represents to me. 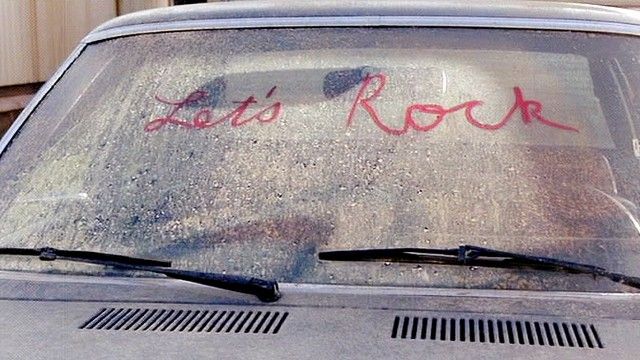